TWILIGHT IN THE FORBIDDEN CITY - Reginald Johnston, 1st edn., 2nd imp 1934 Gollancz, London, original pale green cloth boards, 485 page hardback, B&W plates including fold-outs, no jacket, covers worn, fep missing, hinge cracking but holding, Fascinating true story of Reginald Johnston [1874-1938] a Scotsman stationed in China as a British Civil Servant. Administrator of Weihai Government, and in 1919 he was appointed tutor to P'u-Yi the ex-Emperor of China. He was also professor of Chinese at Univ. of London. * Johnston became the personal teacher and confidant to the Last Emperor, Pu-yi. This is a superb primary narrative of China from the turn of the century through 1930 from the inside out. With a pedigree of Manchu Emperors 1616-1933 - scarce - $NZ120 ( Reduced from $NZ175) 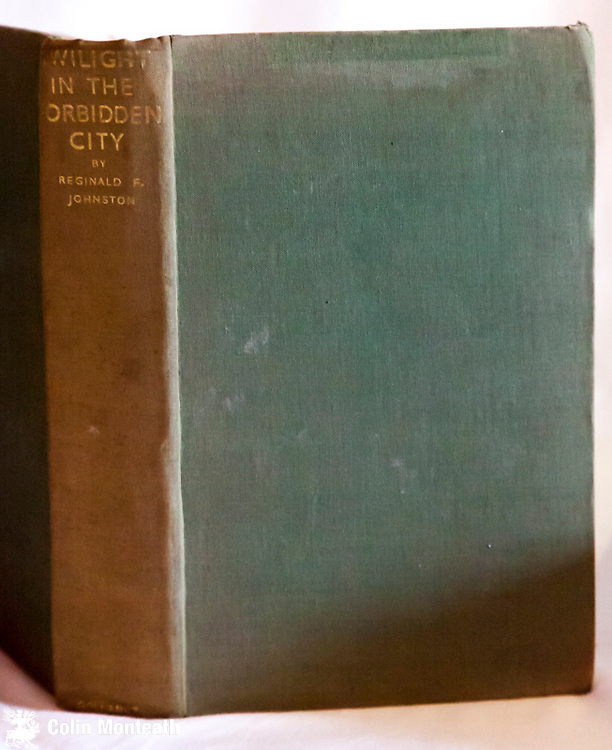